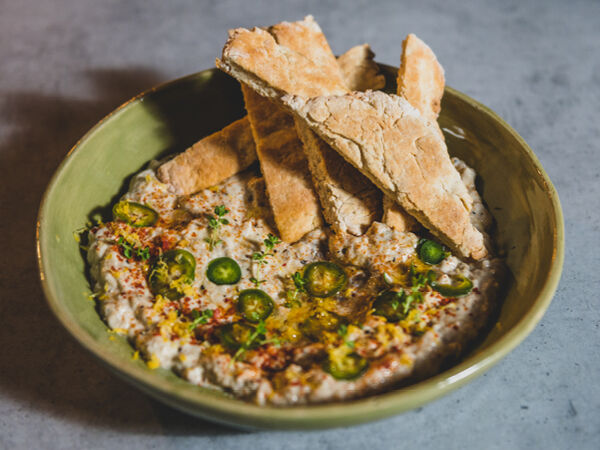 After this, place the heat deflector underneath and place the grill gid on the highest level in the multilevel lift. Place the pizza stone on top. Meanwhile, put the self-rising baking flour and the yogurt in a bowl and knead into a cohesive dough. Divide the dough into 8 portions and roll the dough into flat rounds of about 10 cm diameter. Brush the dough with olive oil and grill the dough on the pizza stone for 3-5 minutes until crisp and golden brown in color.

Start making the baba ganoush. Remove the eggplants from the coals and place them in a bowl. Cover the eggplants with aluminum foil and let them cool for 10 minutes. Meanwhile, grate half a garlic clove. Then peel the charred skin off the eggplant and put the tender flesh in the bowl. Add the grated garlic, lemon zest, lemon juice, Japanese Smoked Salt, Japanese Szechuan Pepper and tahini paste. Mix it all together well. Put the obtained baba ganoush on a plate and top with a little olive oil, BBQ Herbs, pul biber, Japanese Smoked Salt, a sprig of lime grass, finely chopped chili pepper and grated lemon.

Finally, remove the dough rounds from the Kamado and cut into strips. Serve along with the baba ganoush as an appetizer, side dish or snack. 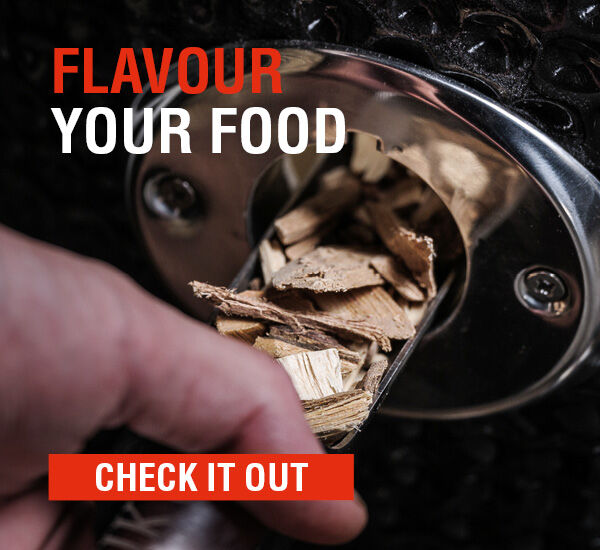